It has been six months...

You would think that by now I would have expected this, but I don't.  I still can't believe that I have a 6 month old.  Crazy.

For most mamas, celebrating every month is a joyous thing.  But unfortunately for me, it brings up the days leading up to Sophia's birth.  I know I shouldn't dwell on it, but those feelings will never go away.

Such thoughts haunt me now.  There doesn't go a day without me thinking back to what happened to me six months ago.  I was scared. I was angry.  I was sad.  I kept saying to myself  "Why me?"  There are so many times in life that we ask ourselves that question.

Six months ago was the best and scariest day of my life.  But God has blessed us with a beautiful baby girl that as of now, is 100% healthy.  I can't ask for more than that.

Happy six months to my daughter who truly has kept me going.... I promise to be the best mama I can be for you. 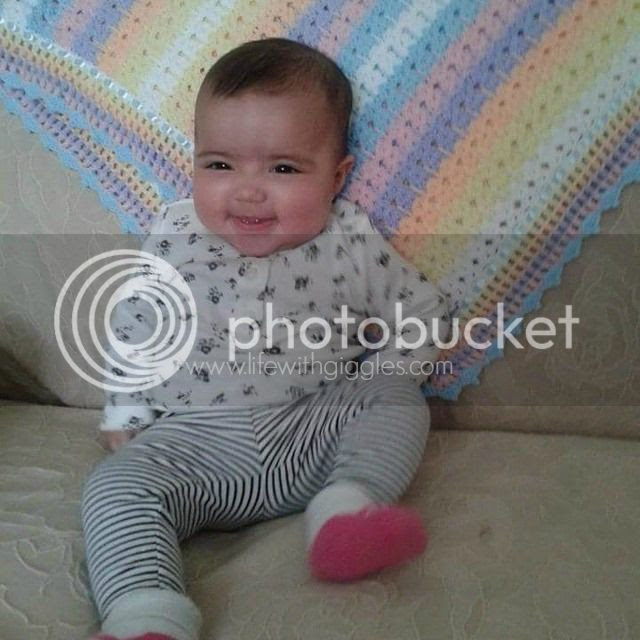 Aw happy 6 months!! I found that in the beginning I was always reflecting on my labor and delivery and I would get nostalgic and depressed... strange to miss something that was painful and insane! Then those thoughts faded away and now I enjoy her turning a little bit older each month because she is changing and growing in so many different ways!

And looking back is one thing and I understand why you wouldn't fully want to go back thinking about it all. YET, you have the best gift in your hands and heart right now and in a way it's worth celebrating each month with this cute little girl you are having. Gosh, this is such a great photo of her. ;)